A few selections from the month of daily drawings in October 2021. I used an AI generated list of whimsical (sometimes nonsensical) daily prompts.

Every December, Twitter user @JayIsPainting calls for “Art Advent”, an opportunity for as many folks as possible to post their art on the platform and perhaps make it a little more calming and a little less toxic. While new work is in no way expected, I took it upon myself to create daily illustrations, rig them to stand—sometimes with props or set created on locations—and situate them somewhere in the local neighbourhood, whatever the weather. Given how busy life gets and the holidays approach, it often ended up being photographed at sunset or into the night, and more than once a switch in the weather changed my plans halfway into the day.

Extra fun fact: duct tape’s stickiness drops to pretty much nothing at temperatures below freezing. Something to know ahead of time, instead at, say, 2:00am while trying to get a paper wolf and real stars to time lapse at the right exposure in a light wind. 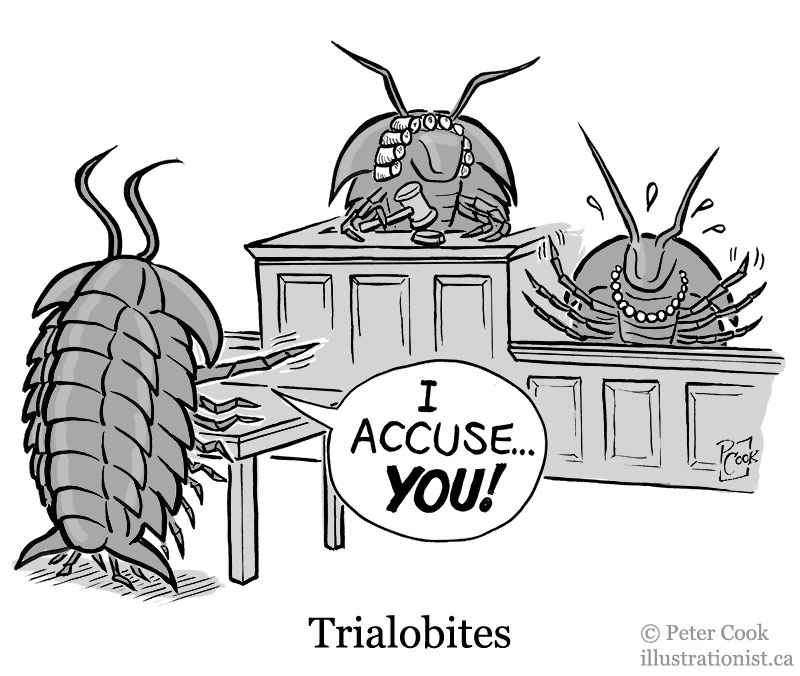 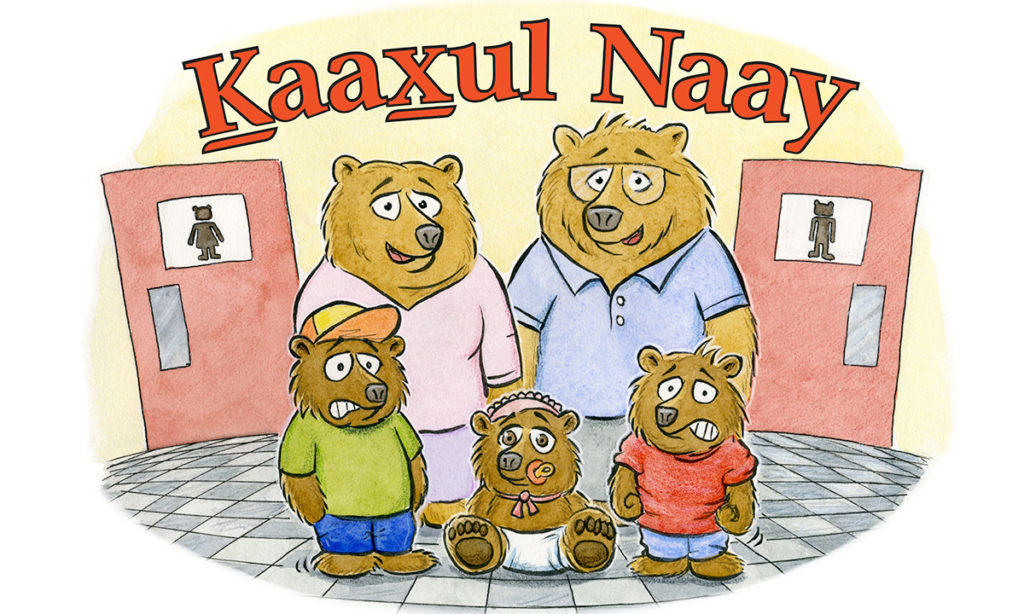 Last summer I had the honour to be a small part of a great program to record and recover the Haida language in Haida Gwaii. The Skidegate Haida Immersion Program is creating a large number of small books, each focusing on a specific part of the language and culture. Each book has a story with text in Haida, with an enclosed CD of an elder speaking the book’s text. 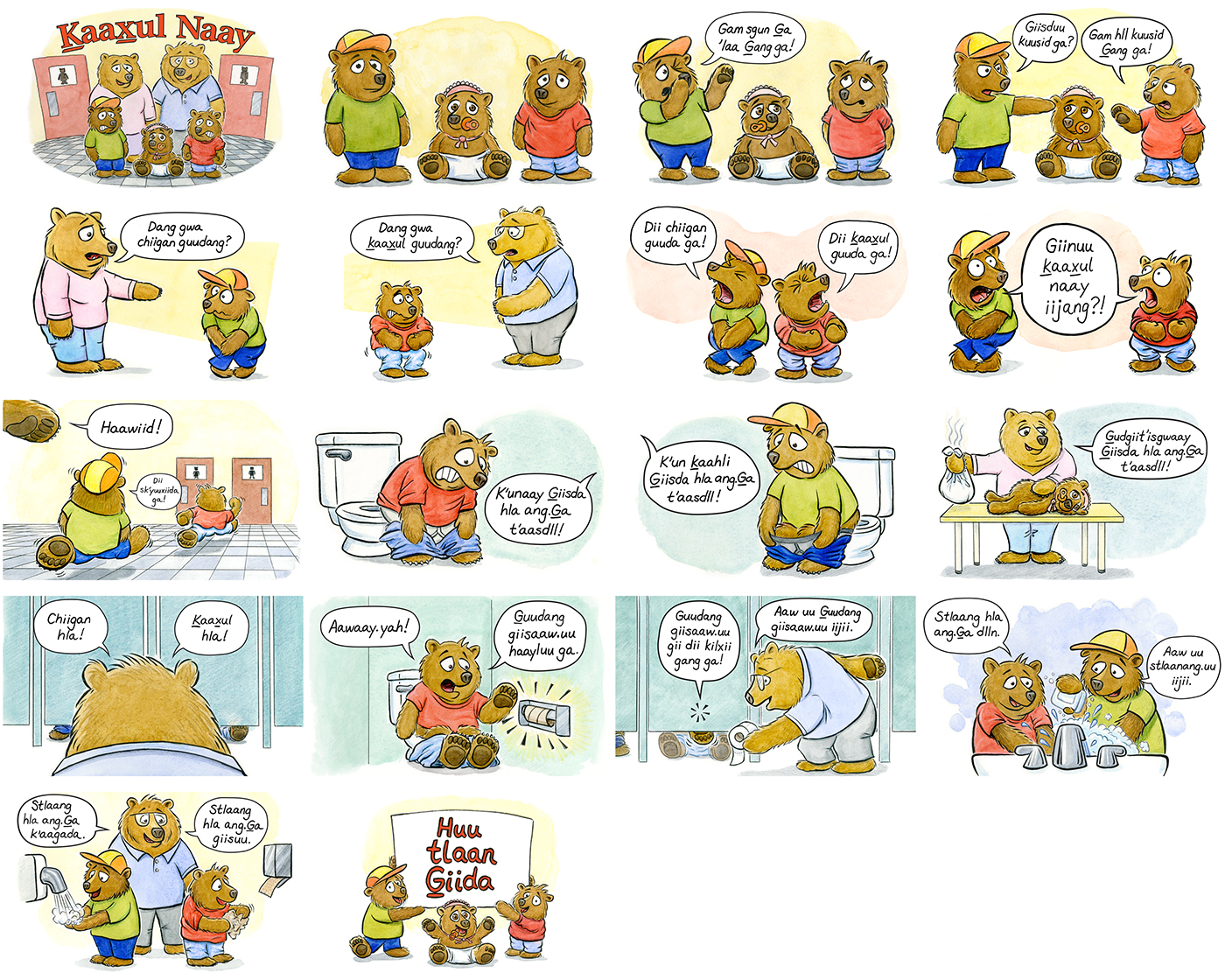 In my case, I was assigned The Bathroom, or as it’s said in Haida, K̲aax̱ul Naay. I created 18 images in ink, watercolour and coloured pencil, then add the Haida text word balloons digitally. 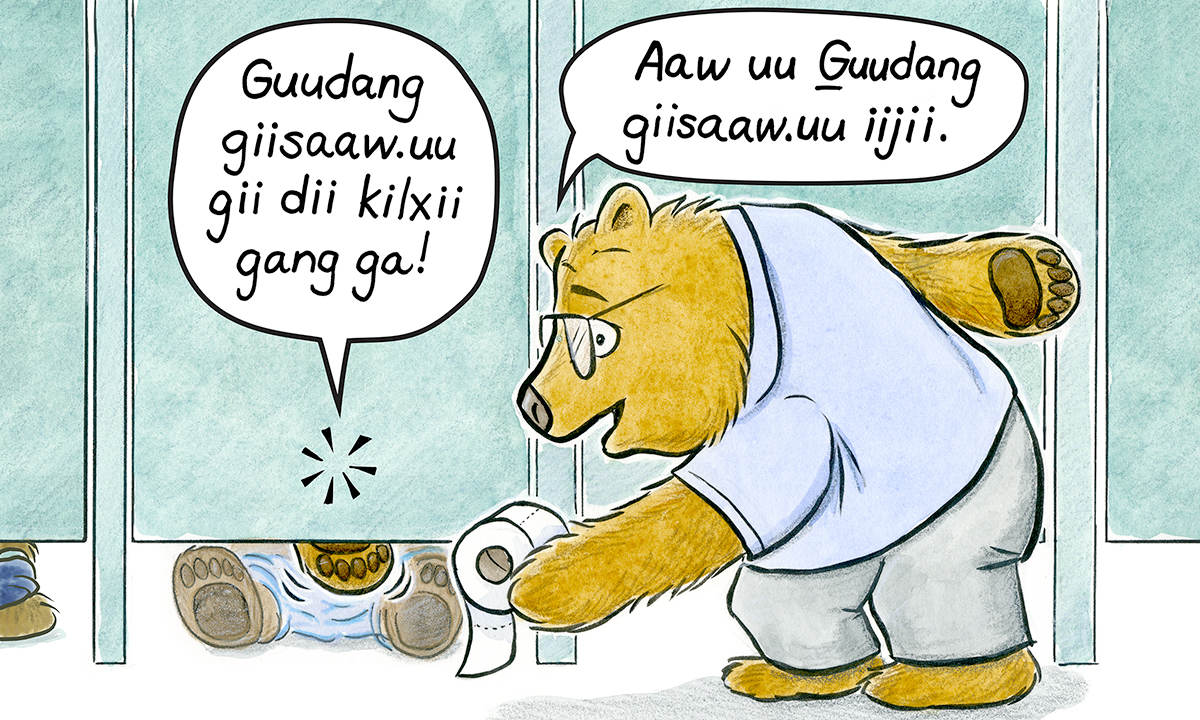 It was a lot of fun! 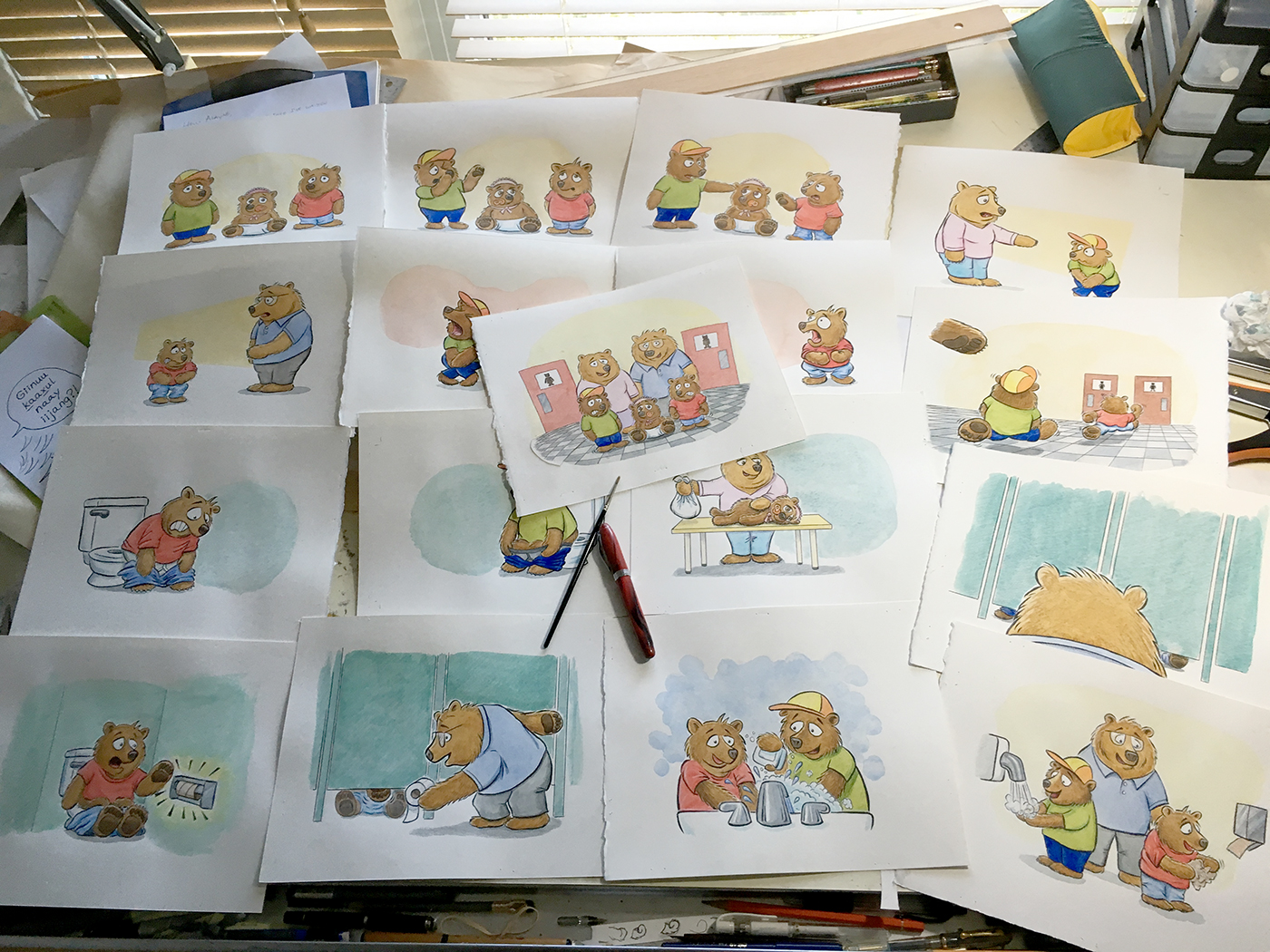 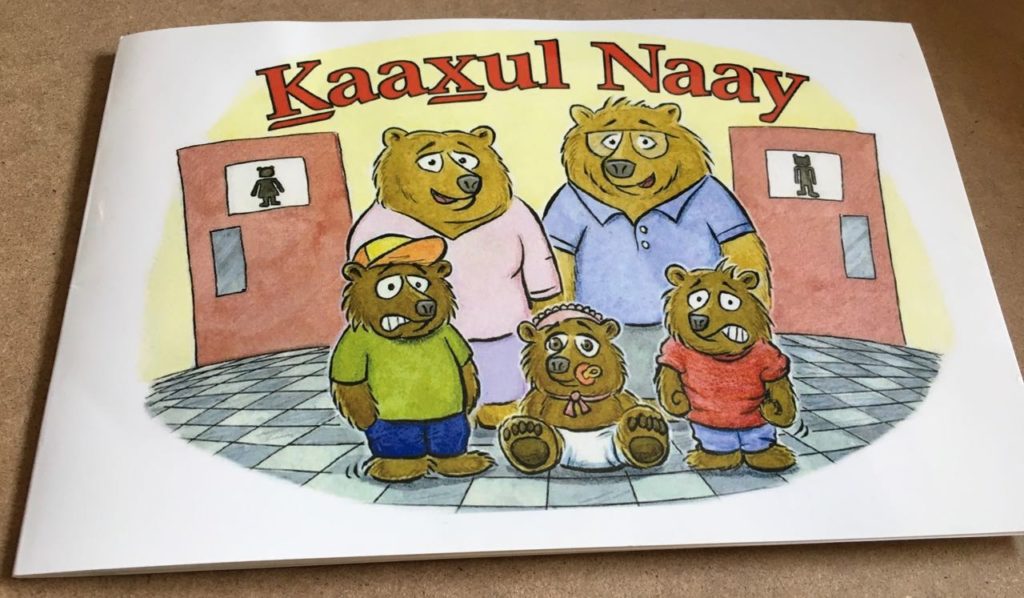 Obesity Medicine specialist Dr. Yoni Freedhoff wrote a post today titled A Genuinely and Amazingly Effective Dr. Oz Cleanse, and he requested a cartoon of this particular “Dr. Oz, Asshat”. I was delighted to oblige. 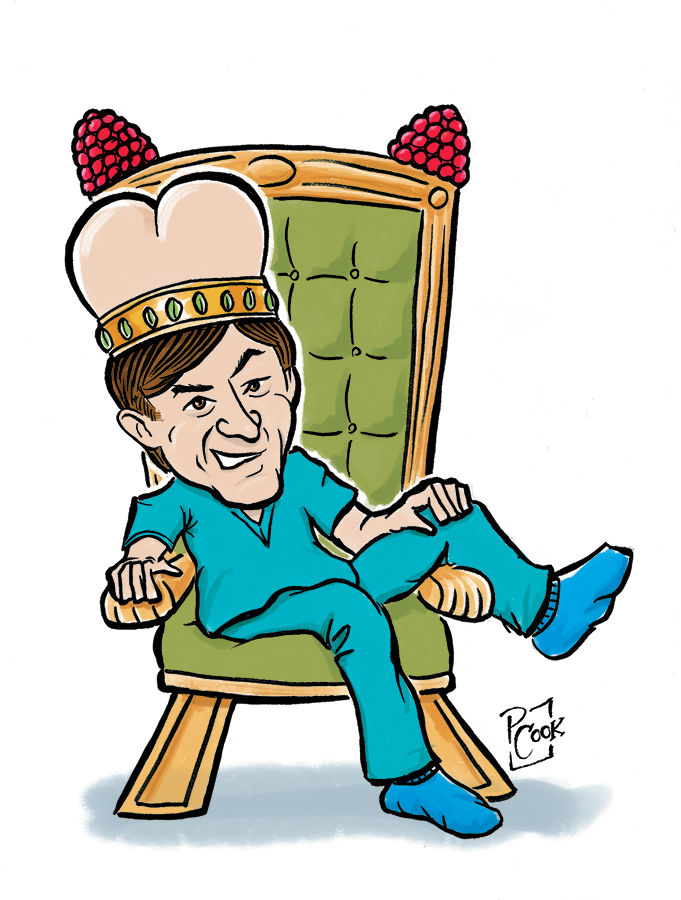